International Day of Happiness: The Impact of Cyberbullying on Eudaimonia 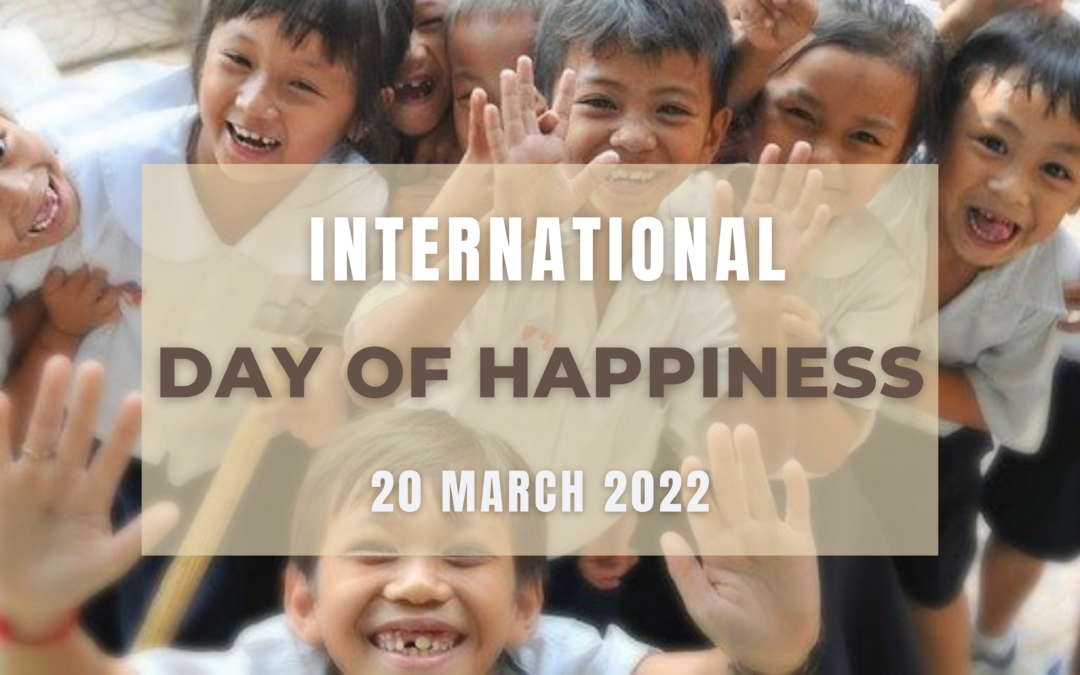 The International Day of Happiness is the day focused on being happy! The United Nations recognizes the importance of happiness and well-being as universal goals and aspirations in the lives of people all around the world.

It was the famous Aristotle who concluded over twenty-three hundred years ago that men and women, more than anything else, seek happiness (Csikszentmihalyi, 2008). In Book I, chapter 4 of Aristotle’s Nicomachean Ethics he mentions:

‘…people … say that the highest goods achievable by action is eudaimonia’

Eudaimonia is often translated as either ‘happiness’ or to the more neutral term ‘well-being’ (Bradburn, 1969).

Nowadays, researchers (and everyone else) still wonder how to achieve happiness (Frawley, 2015). Contemporary research about happiness started relatively late (Csikszentmihalyi, 2008). One of the first and still influential works in this field came from Norman Bradburn: The Structure of Psychological Well-Being (1969). In where he explained that the concepts of happiness and unhappiness are not related, which means that ‘just because a person is happy, it does not mean he can’t be unhappy at the same time’ (Csikszentmihalyi, 2008, note 1, p. 241). Recently, there has been an increase in studies that focus on happiness (Frawley, 2015). It is now possible through easy online questionnaires to measure your own happiness. Other questionnaires try to measure happiness on a country level, to present yearly rankings to see which country is the happiest. The United Nations released the World Happiness Report only a few days before the International Day of Happiness. In Denmark an entire institute was built surrounding happiness research. Finally, an online archive of research findings has been launched on subjective enjoyment of life, called the World Database of Happiness.

Researchers wondered for a long time if social networking sites (SNS) might have an impact on the happiness experienced by youth. They point to cyberbullying as one of the major new problems that exist through the use of social media (Kim, 2017; Viner, Gireesh, Stiglic, Hudson, Goddings, Ward & Nicholls, 2019). Cyberbullying can have a negative impact on victims and perpetrators, it is a risk factor for depression and anxiety symptoms (Navarro et al. 2015; Brailovskaia, Teismann, Margraf, 2018). Cyberbullying is therefore often described as a major public health problem (Przybylski & Bowes, 2017). Some researchers even wonder if cyberbullying has more negative impact on victims in comparison with traditional bullying (Prybylski & Bowes, 2017). One of the issues with cyberbullying is reproducibility (Kowalksi, Giumetti, Lattanner & Schroeder, 2014). With ‘just a click on a button’ someone can share cyberbullying content with their online friends and reach a large audience (Kowalksi et al. 2014; Smith, 2012; Wölfer, 2013). Other concerns specifically for cyberbullying are the relative anonymity of the perpetrator, the wide context cyberbullying can happen – anywhere and any time in an online environment, and the permanence of the posted messages (Prybylski & Bowes, 2017; Smith, 2012; Stanbrook 2014; Tongunaga, 2010)

Indeed, being the victim of a cyberbully can have impacts on psychosocial and physical health. It has been detected that victims have a lower self-esteem, often have symptoms of depression and can even have suicidal thoughts and attempts (Garett, Lord and Young, 2016; Hindujah & Patchin, 2018; Patchin & Hinduja, 2010; Wölfer et al. 2013). Futher positive relationships between cyberbullying victimization include stress, anxiety, depression, loniness, conduct problems, emotional problems, somatic symptoms, drug and alcohol use and suicidal ideation (Kowalski et al. 2014, p.1124). Bullying experiences are associated with a decrease in happiness and an increase in depression (Uusitalo-Malmivaara & Lehto, 2016; Navarro, Ruiz-Oliviaa, Larranga & Yubero, 2013). A study by Wang, Nansel & Iannotti (2010) shows that cyberbullying victims report higher depression than bullies.

So, it seems to achieve the highest good, that is happiness – or as Aristotle called it ‘eudaimonia’ – one of the many steps humanities should take is to aim to diminish the cyberbullying phenomena.