The Future of Combating Cyberbullying: Possibilities and Challenges from Technological Developments – Interview with Valerio Basile

Cyberbullying is a socio-technical problem that can occur on different social networking sites, and it can be extremely difficult to detect and combat. One of the promising techniques, that can assist in the fight against cyberbullying, are the developments of machine learning-based automatic cyberbullying detection systems. KID_ACTIONS invited Valerio Basile, Computer Scientist at the University of Turin, to provide his perspective on the technical possibilities (AI) in combating cyberbullying.

Social media platforms are nowadays the primary method used to communicate with other and provides the possibility to connect with people all around the world (Barlett, DeWitt, Maronna & Johnson, 2018). However, a downside of these platforms is that they are also used frequently to cyberbully others online (Zhao, Zhou & Mao, 2016; Barlett et al. 2018). Cyberbullying occurs on different social networking sites (SNS) and emerging multimedia communication apps (Soni & Singh, 2018). In these fast-changing contexts, it is difficult to detect cyberbullying and combat it wherever it shows itself. The technological developments advance so quickly that platforms that are popular right now might not be popular anymore among children and youth (CYP) a year from now (Milosevic, 2018). There are countless of cyberbullying posts and messages appearing in the online environment on a daily basis (Zhao et al. 2016). It is nearly impossible to solely rely on human moderators to make sure that all cyberbullying instances are detected and reacted upon in online platforms. It is therefore crucial to involve new technologies to help with the task to detect all these instances and react in a proper way. Promising techniques, often mentioned by researchers, are the developments of machine learning-based automatic cyberbullying detection systems, especially Natural Language Processing (NLP) (Zhao et al. 2016).

To get a better understanding of the promises of (new) technology in the fight against cyberbullying, the KID_ACTIONS project asked the most important questions to an expert in this field: Valerio Basile!

What is your expertise regarding cyberbullying?

Cyberbullying often comes in the form of written verbal communication, over personal messages or social media. As such, NLP techniques can be applied to the detection, analysis, and even countering of cyberbullying. While I have worked more on “public” displays of toxic language, like hate speech, together with my group we design and develop computational tools and linguistic resources that ultimately will lead to better systems to aid experts in the fight against cyberbullying. We do not think of computer system as a replacement for human judgment, but rather as a powerful tool to help experts and stakeholders make informed policies based on very large amount of real-world data.

What is a promising technological development you have seen in the last years that is now used to help in the fight against cyberbullying?

Artificial Neural Networks are now used to create large “language models”, pieces of software that contain a great deal of knowledge about natural language. This has been beneficial towards creating computer programs that “understand” natural language beyond the exact words contained in a message, inferring the context similarly to what we do when communicating. While there is still a long way to go before computers are actually able to reason like humans, these techniques pushed the limits of natural language understanding by machines. The whole idea of computers that “learn by reading” autonomously, and are then fine-tuned for specific tasks, is very promising, and the machinery to make it happen is starting to become affordable.

If you could think about technical possibilities (AI) in combating cyberbullying, what would you hope to see in the future?

Some researchers are studying ways to build computer systems that not only are capable of detecting toxic language, but also analyze it from different perspectives. Language that could appear innocent to someone could actually be offensive or hurtful to other people, based on their personal background, and the new generation of AI systems should be able to take this aspect into account. These developments will lead to not only a more accurate AI, but also, and most importantly, a more fair and inclusive AI.

What do you think is necessary to create a future where cyberbullying does not exist?

It is difficult to provide a definitive answer to this question. Cyberbullying is a reflection of human behaviour across technological media. Technological solutions can and do help understand the problem, but ultimately, it needs to be addressed at its core, the human factor, with a strong emphasis (and funding) in education, both for the younger generation and the older people who need to understand technology in order to correctly regulate it.

If you could give advice to youth growing up in this digital age, what would you like to share?

Never post anything online that you are not ok to see on public display. With the major communication platforms in the hands of a few private tech companies, and their proven security holes, the expectation of privacy is doomed to fail. 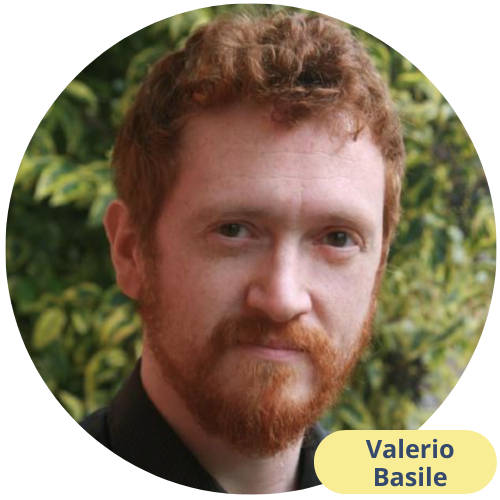 Valerio Basile is an Italian Assistant Professor at the University of Turin in the Department of Computer Science. He studied Computer Science in Bologna, Italy. After that he pursued a PhD in Groningen, The Netherlands. In this highly interdisciplinary school linguistics, cognitive scientists, and computer scientists all work together. His interests revolve around Natural Language Processing, the area of Artificial Intelligence that studies all expressions of natural language with computational methods. In his current team, the Content-centered Computing Group, NLP is applied to the language of social media and focus on personal expressions in language, such as sentiment, emotions, and toxic language.